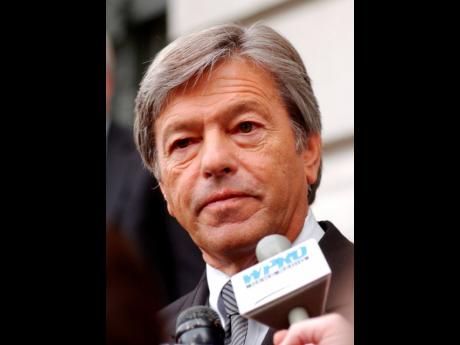 Jim Taricani, an award-winning TV reporter who exposed corruption and served a federal sentence for refusing to disclose a source, has died. He was 69.

His friend, Dyana Koelsch, said on Saturday that Taricani died at his home in North Kingstown, Rhode Island, on Friday. The cause was kidney failure.

Taricani covered Rhode Island for 40 years, 32 of them at WJAR-TV. He focused much of his reporting on organised crime, and chronicled the crimes of the New England Mafia and figures including Raymond L.S. Patriarca. He also became a national advocate for a federal shield law that would protect journalists from having to reveal sources.

Taricani was convicted in 2004 of criminal contempt for refusing to reveal the source of a secret FBI videotape that showed a Providence city official taking a US$1,000 cash bribe. The video was part of a corruption investigation that ultimately sent former Providence Mayor Buddy Cianci to prison.

He said at the time that it was important to air the video to show people what corruption looked like.

A federal judge sentenced him to six months and allowed him to serve it in home confinement because of his health: he had a heart transplant in 1996. He was released after four months for good behaviour. When he retired in 2014, he told The Associated Press that he would not have done anything differently.

“I just believe that this is what a reporter does,” he said. “I don’t think any reporter wants to be in that position. But it’s part of the job. It’s part of the territory that we travel in.”

The lawyer who was his source later admitted it and went to prison for contempt and perjury.

A Connecticut native, Taricani started in radio, and then was hired at WPRI-TV before going to WJAR, where he founded the station’s investigative unit. He won four Emmys, the Edward R. Murrow award and the Yankee Quill Award, the highest individual honour presented by the Academy of New England Journalists.

He also became a mentor to generations of journalists in Rhode Island, both at his own station and at competing outlets.