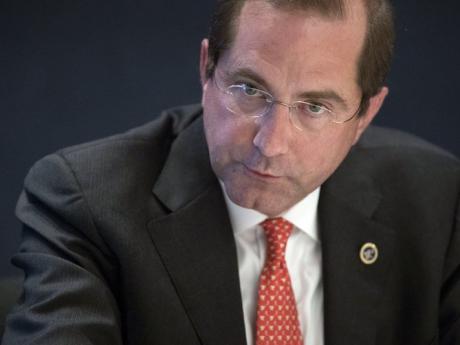 WASHINGTON (AP) — President Donald Trump will sign an executive order Monday that calls for upfront disclosure by hospitals of actual prices for common tests and procedures to keep costs down, administration officials said.

Health and Human Services Secretary Alex Azar told reporters the idea is to give patients practical information that they can use to help save money.

For example, if a hospital charges your insurer $3,500 for a type of echocardiogram and the same test costs $550 in a doctor’s office, you might go for the lower-price procedure to save on copays.

But insurers say the idea could backfire, prompting hospitals that now give deeper discounts to try to raise their own negotiated prices to match what high-earners are getting.

Trump’s order will also require that patients be told ahead of time what their out-of-pocket costs like deductibles and copays will be for many procedures.

It “will put patients in charge and address the drivers of high health care costs...increasing choice and competition,” Azar said.

Lack of information on health care prices is a widespread problem.

It’s confusing for patients, and experts say it’s also one of the major factors that push up U.S. costs.

The same test or procedure, in the same city, can cost widely different amounts depending on who is performing it and who is paying the bill.

Hospital list prices, which are available, don’t reflect what they actually get paid by insurers and government programmes.