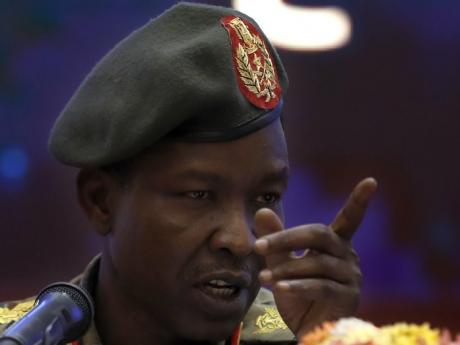 KHARTOUM, Sudan (AP) — Sudan’s military rulers refused to agree on Monday to the Ethiopian proposal for a power-sharing agreement with the country’s pro-democracy movement, a top general said, in comments that could worsen a volatile standoff with the protesters.

Ethiopia has led diplomatic efforts to bring the military and protest leaders back to the negotiating table, after a deadly crackdown by security forces killed at least 128 people across the country earlier this month, according to protest organisers.

Protest leaders, represented by the coalition Forces for Declaration of Freedom and Change, had accepted the Ethiopian initiative the day before.

It centred on forming a transitional government — a so-called “sovereign council” — with a civilian majority to rule Sudan, over two months after the protesters forced the military to remove the autocrat Omar al-Bashir from power.

But on Monday, the powerful deputy head of the military council, General Mohammed Hamdan Dagalo, said the mission of the Ethiopian envoy, Mahmoud Dirir, was to pave the way for resuming talks with the FDFC, “not to offer proposals for solutions.”

“The mission of the Ethiopian mediator was limited to prepare the parties for negotiations. We did not agree on shares in the sovereign council. We do not accept prescriptions,” he said.

Dagalo, better known as Hemedti , said the ruling military council did not oppose civilian participation in the future sovereign council — or that the FDFC might form the government. He added that the transitional legislative body “should be (formed) through elections.”

He also said the military council decided to release all detained rebels, to pave the way for peace talks with rebel groups in the provinces.