More than 100 migrant kids moved back to troubled facility 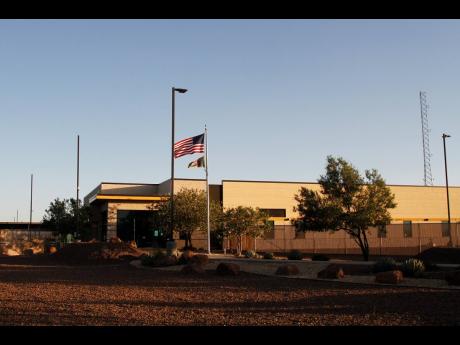 The Associated Press
This June 20, 2019 file frame from a video shows the entrance of a Border Patrol station in Clint, Texas. US government officials say they’ve moved more than 100 kids back to the remote border facility where, lawyers reported, detained children were caring for each other and had inadequate food, water, and sanitation.

United States Government officials say they’ve moved more than 100 children back to a remote border facility where, lawyers reported, detained youngsters were caring for each other and had inadequate food, water, and sanitation.

An official from US Customs and Border Protection said yesterday that the “majority” of the roughly 300 children detained at Clint, Texas, last week have been placed in facilities operated by the Office of Refugee Resettlement.

The official, who briefed reporters on the condition of anonymity, wouldn’t say exactly how many children are currently detained there. But the official says Clint is better equipped than some of the Border Patrol’s tents to hold children.

They described a four-year-old with matted hair who had gone without a shower for days, and hungry, inconsolable children struggling to soothe one another.

Some had been locked up for three weeks inside the facility, where 15 children were sick with the flu and another 10 were in medical quarantine.

Many children interviewed had arrived alone at the US-Mexico border, but some had been separated from their parents or other adult caregivers, including aunts and uncles, the attorneys said.

Clara Long, a senior researcher with Human Rights Watch, and other lawyers inspected the facilities because they are involved in the Flores settlement, a Clinton-era legal agreement that governs detention conditions for migrant children and families.

Lawmakers from both parties decried the situation last week.