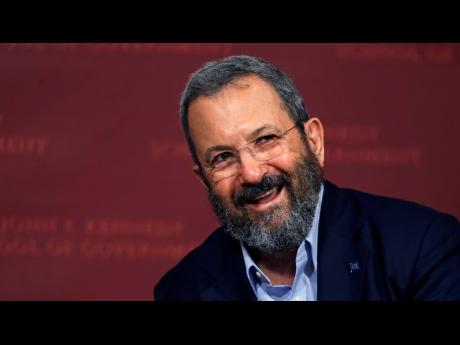 The Associated Press
In this 2016 file photo, former Israeli Prime Minister Ehud Barak smiles during a lecture at the John F. Kennedy School of Government at Harvard University in Cambridge, Mass. Barak announced Wednesday that he is returning to politics and is forming a new party that will aim to unseat Prime Minister Benjamin Netanyahu in upcoming elections. (AP)

Israel’s former Prime Minister Ehud Barak announced Wednesday that he is returning to politics and forming a new party that will aim to unseat Prime Minister Benjamin Netanyahu in upcoming elections.

Speaking at a Tel Aviv press conference, Barak called for an end to “Netanyahu’s rule with the radicals, racists and the corrupt, with the Messianists and his corrupt leadership”.

The 77-year-old Barak, who was once Netanyahu’s army commander, served as military chief and then prime minister from 1999-2001. Most recently, he served as Netanyahu’s defence minister. He retired from politics in 2013, but has been an outspoken critic of Netanyahu since.

Barak said his as-yet-unnamed party would work with other opposition parties to create a large enough bloc to form a parliamentary majority after the September 17 election.

It remains unclear what impact Barak will have on the race. Once seen as the heir apparent to the late Yitzhak Rabin, Barak engaged in peace negotiations with the Palestinians during his time as prime minister. But his popularity plummeted after the second Palestinian uprising erupted and he was quickly voted out of office.

Supporters view him as perhaps the only figure with the security credentials and gravitas to challenge the long-ruling Netanyahu. But critics see him as a failed prime minister.

Barak joins a political field already crowded with former military brass. The Blue and White party, which drew even with Netanyahu’s Likud in the April 9 election, is headed by former army chief of staff Benny Gantz and two other ex-generals.

In his impassioned speech, Barak addressed Netanyahu “as your former commander” and said he “can’t continue and hold on to the reins of power.”

“For your own good, and for the good of the state and everything you’ve contributed to it during your life, your time as a political leader is over,” Barak said.

After elections in April, Netanyahu attempted to form a governing coalition with religious and nationalist allies, but failed to cobble together a parliamentary majority amid infighting between allies.

Rather than give his main rival a chance to build a government, Netanyahu’s Likud party instead pushed through a measure to dissolve the Knesset, Israel’s parliament, and send the country to unprecedented repeat elections in September.

Netanyahu now seeks to score a decisive electoral victory in the face of possible indictment on corruption charges. Israel’s attorney general has already recommended Netanyahu be indicted, but under Israeli law, Netanyahu is entitled to defend himself at a hearing before formal charges are filed.

Attorney General Avichai Mandelblit has scheduled the hearing in October, just weeks after the election. Netanyahu, who denies wrongdoing, is hoping that an election victory will give him enough parliamentary support to win immunity from prosecution.