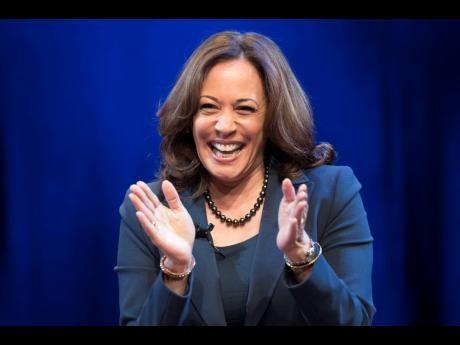 The campaign said that it was Harris’s largest fundraising day to date.

Her previous highest was US$1.5 million after she launched her campaign for US president, earlier this year in Oakland, California, where she grew up.

Harris, 54, whose father is Jamaican and mother is Indian, was elected in 2016 to the US Senate after serving as California’s attorney general from 2011 to 2017. Prior to that, she was San Francisco's district attorney.

Harris’s campaign said after Thursday night’s debate, 63,277 people made donations to the campaign, with almost 60 per cent being first-time donors. The average donation was US$30.

The increased donations come after Harris' performance in which she criticised former US Vice President Joe Biden, Jr. during the second presidential debate for his alleged alliances with racial segregationists and his opposition to busing for desegregation in schools.

“Growing up, my sister and I had to deal with the neighbour who told us her parents couldn’t play with us because she — because we were black. And I will say also that, in this campaign, we have also heard — and I’m going to now direct this at Vice President Biden, I do not believe you are a racist, and I agree with you when you commit yourself to the importance of finding common ground,” Harris said during the TV debate.

“But I also believe, and it’s personal — and I was actually very — it was hurtful to hear you talk about the reputations of two United States senators who built their reputations and career on the segregation of race in this country,” she added. “And it was not only that, but you also worked with them to oppose busing.

In response, Biden, also a lawyer by training, who is currently leading in the polls as the strongest presidential candidate, said Harris mischaracterise his “position across the board”.

“I did not praise racists,” he said. “That is not true, number one. Number two, if we want to have this campaign litigated on who supports civil rights and whether I did or not, I’m happy to do that.

On Saturday, some of Harris’ presidential rivals came to her defence after US President Donald J. Trump’s eldest son, Donald Trump, Jr., questioned Harris’ race in a Twitter post, which he quickly deleted.

Donald Trump, Jr. had shared a tweet from Ali Alexander, described as “a right-wing personality,” who falsely claimed Harris’ racial identity did not qualify her to talk about the plight of Black Americans.

“Kamala Harris is implying she is descended from American Black Slaves,” Alexander tweeted during the Democratic TV debate Thursday night. “She’s not. She comes from Jamaican Slave Owners. That’s fine. She’s not an American Black. Period.”

In sharing the tweet, Donald Trump, Jr. asked his over three million followers, “Is this true? Wow.”

Mayor Pete Buttigieg of South Bend, Indiana said it was time to end the  “birther-style attacks.”

“The presidential competitive field is stronger because Kamala Harris has been powerfully voicing her Black American experience,” he wrote on Twitter, adding that Harris’s first-generation story embodies the American dream.

Biden noted that the same forces that used “birtherism” to question Obama’s American citizenship and race are now being used against Harris.

“It’s disgusting, and we have to call it out when we see it,” he tweeted. “Racism has no place in America.”

Senator Amy Klobuchar of Minnesota said that the attacks against Harris were “unacceptable.”

“We are better than this (Russia is not) and stand united against this type of vile behaviour,” Klobuchar tweeted.

Senator Elizabeth Warren of Massachusetts described the attacks “racist and ugly,” urging technology companies to stop “these vile lies dead in their tracks.”