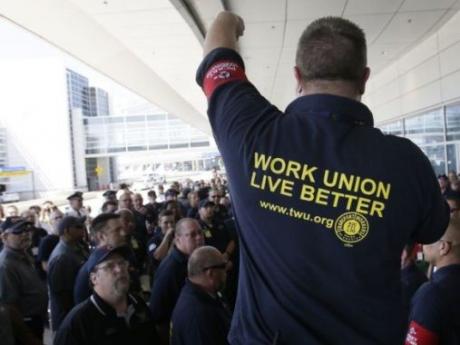 FORT WORTH, Texas (AP) — American Airlines says mechanics are defying a court order and continuing a work slowdown that is disrupting flights during the busy summer travel season.

The mechanics’ unions say American is at fault.

They say the airline walked away from contract talks, leading to low morale which might affect how quickly mechanics perform their work.

A trial is scheduled for Monday in federal district court in Fort Worth on American’s request for a permanent injunction against the Transport Workers Union and the International Association of Machinists and Aerospace Workers.

The Federal Aviation Administration says it has stepped up monitoring of American.

That’s a standard step for the agency during airline labour disputes.

The airline says out-of-service planes have disrupted travel for many passengers — more than 175,000 through June 14.