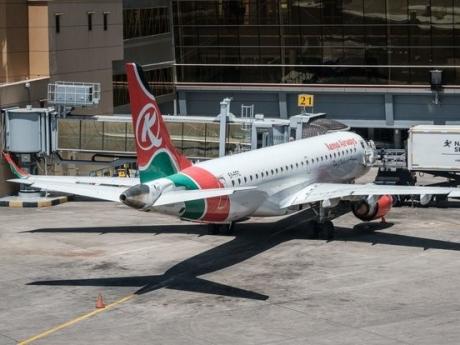 LONDON (AP) — A stowaway fell from the undercarriage of a jet as it approached Heathrow Airport after a 9-hour flight from Nairobi, landing in a south London garden, police and airline officials said Monday.

The Metropolitan Police force said the body of an unidentified man was found in a residential garden in south London's Clapham area on Sunday, and it's believed he fell from a plane.

He has not yet been identified. Police said a post-mortem would be held to determine the cause of death.

A bag, water and food were discovered in the plane's landing-gear compartment after it landed.

The airline called the death "unfortunate" and said it was cooperating with British and Kenyan authorities.

Stowing away in a plane's undercarriage is exceptionally dangerous.

Experts believe roughly three-quarters of stowaways do not survive because of the extreme cold and lack of oxygen as the plane reaches cruising altitude.

Though not common, stowaways have in the past plunged to the streets of London as planes lowered their landing gear.

In September 2012, a 30-year old from Mozambique, Jose Matada, died after falling from the undercarriage of a Heathrow-bound flight from Angola.