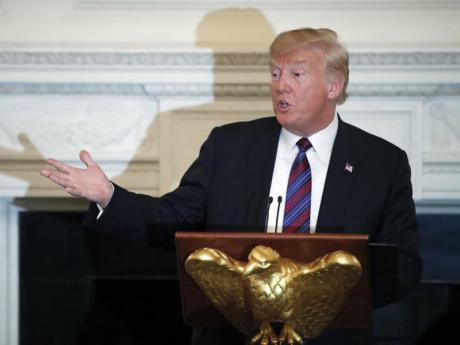 WASHINGTON (AP) — A House committee sued the Trump administration in federal court Tuesday for access to President Donald Trump’s tax returns, setting up a legal showdown over the records.

The House Ways and Means Committee said it needs the documents for an investigation into tax law compliance by the president, among other things. It asked the court to order the administration to turn over the documents.

The committee originally demanded six years of Trump’s tax records in early April under a law that says the Internal Revenue Service “shall furnish” the returns of any taxpayer to a handful of top lawmakers.

But Treasury Secretary Steven Mnuchin told the committee in May that he wouldn't’t be turning over the returns to the Democratic-controlled House.

Mnuchin concluded that the Treasury Department is “not authorised to disclose the requested returns and return information.”

The Justice Department in a legal opinion backed Mnuchin’s position, saying the request lacked a legitimate legislative purpose and was an “unprecedented” use of congressional authority.

The committee said in its lawsuit that the administration has refused to turn over the documents “in order to shield President Trump’s tax return information from Congressional scrutiny.”

“Without reviewing the requested return materials, the Committee cannot ensure that the IRS’s audit process is functioning fairly and effectively, understand how provisions of the tax code are impacted by President Trump’s returns or exercise its legislative judgment to determine whether changes to the code may be warranted,” the lawsuit said.

The president has “declined to follow the practice of every elected President since Richard Nixon of voluntarily disclosing their tax returns,” the lawsuit said.