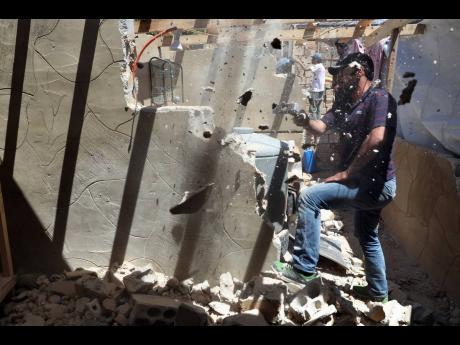 BEIRUT (AP) — Lebanese troops entered on Monday refugee settlements in a town near the Syrian border to make sure that brick and concrete walls have been torn down, Lebanon’s state-run news agency said.

Lebanese authorities have undertaken their most aggressive campaign yet to make Syrian refugees return home, and can’t put down roots. Earlier this year, the military gave refugees until July 1 to remove any wall taller than waist high.

The National News Agency said only four of the 20 settlements that the troops visited in Arsal still had walls. The town is home to 60,000 refugees living in informal camps in the surrounding fields.

Save the Children spokeswoman Joelle Bassoul said up to 3,000 homes were supposed to be demolished in Arsal, adding that less than half were demolished by the refugees. She said they have reports the army moved into three camps and demolished some homes.

“There are many children and women in these camps and now they are becoming more vulnerable moving from solid structures into tents,” Bassoul said.

She added that there are concerns when winter comes with “tents caving under the snow and refugees being homeless again.”

Lebanon hosts the highest concentration of refugees per capita in the world — one million amid a Lebanese population of nearly five million — putting pressure on the country’s crumbling infrastructure.

The anti-refugees moves come at a time when Lebanon is facing austerity measures and a weakened economy.