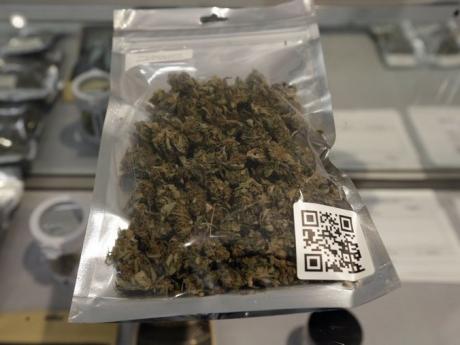 In this photo taken Thursday, June 20, 2019, packaged smokable hemp flower is seen on the counter at the Hemp Farmacy in Raleigh, North Carolina. (AP Photo/Gerry Broome)

CLIMAX, N.C. (AP) — North Carolina is the latest state considering a ban on smokable hemp, a product that’s exploding along with the health craze surrounding a compound in the plant known as CBD.

Besides federal regulations laid out in the Hemp Farming Act of 2018, the Food and Drug Administration has no additional regulations on smokable hemp, leaving states to figure out how to govern it themselves.

North Carolina’s House is considering a smokable hemp ban after it recently passed the state Senate.

The legislation focuses primarily on expanding the state’s pilot hemp growing program, which has more than 1,000 licensed hemp growers and 600 registered hemp processors, to position it as a leader in the burgeoning industry.

The bill would place more regulations on hemp but also create a hemp licensing commission and establish a fund for regulation, testing and marketing.

Hemp and marijuana are both cannabis plants.

Dried, smokable hemp looks and smells the same as marijuana but contains less than 0.3% of tetrahydrocannabinol, or THC, the compound that gives marijuana its high.

Hemp has cannabidiol, or CBD, which many believe helps with pain, anxiety and inflammation, though there’s limited scientific research to support those claims.

It’s turning up in products ranging from lotions and cosmetics to diet pills and juices.

The proposed ban would impose a civil penalty of up to $2,500 for anyone who manufactures, sells or possesses smokable hemp.