Wealthy US financier charged with molesting dozens of girls 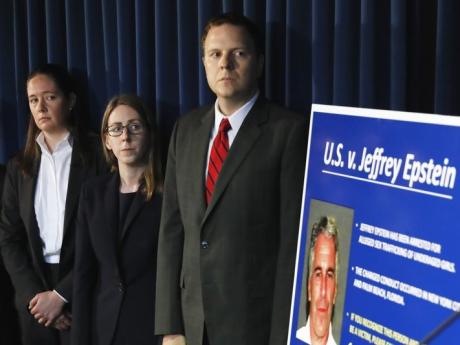 NEW YORK (AP) — Eleven years after letting Jeffrey Epstein off lightly with a secret deal, federal prosecutors took another run at putting the billionaire financier behind bars on sex charges, accusing him in an indictment unsealed Monday of abusing dozens of underage girls as young as 14.

The 66-year-old hedge fund manager who once hobnobbed with some of the world’s most powerful people was charged with sex trafficking and conspiracy and could get up to 45 years in prison.

Epstein, who was arrested over the weekend, faced an afternoon court appearance on the charges in New York.

Prosecutors said they would seek to keep him in jail while he awaits trial, contending he might flee if released on bail.

Epstein was accused of paying underage girls hundreds of dollars in cash for massages and then molesting them at his homes in Florida and New York from 2002 through 2005.

He “intentionally sought out minors and knew that many of his victims were in fact under the age of 18,” prosecutors said.

He also allegedly paid some of his victims to recruit additional girls.

“In this way, Epstein created a vast network of underage victims for him to sexually exploit in locations including New York and Palm Beach,” prosecutors said.