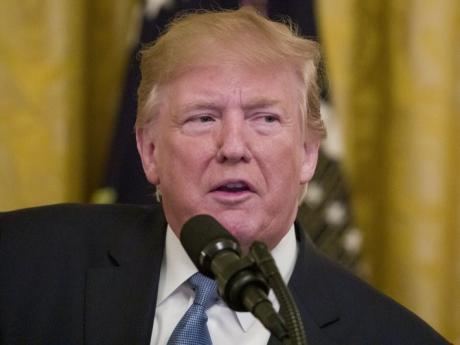 This July 8, 2019, file photo shows President Donald Trump speaking during an event about the environment in the East Room of the White House, in Washington. (AP Photo/Alex Brandon, File)

The 2nd U.S. Circuit Court of Appeals in Manhattan upheld a lower court judge who said Trump violates the Constitution when he blocks critics.

“The irony in all of this is that we write at a time in the history of this nation when the conduct of our government and its officials is subject to wide-open, robust debate,” Circuit Judge Barrington D. Parker wrote on behalf of a three-judge panel.

The debate generates a “level of passion and intensity the likes of which have rarely been seen,” the court’s decision read.

“This debate, as uncomfortable and as unpleasant as it frequently may be, is nonetheless a good thing,” the 2nd Circuit added.

“In resolving this appeal, we remind the litigants and the public that if the First Amendment means anything, it means that the best response to disfavoured speech on matters of public concern is more speech, not less.”

The ruling came in a case brought by the Knight First Amendment Institute at Columbia University.

It had sued on behalf of seven individuals blocked by Trump after criticising his policies.