Gas leak at hotel sends 46 to hospital in Winnipeg, Manitoba 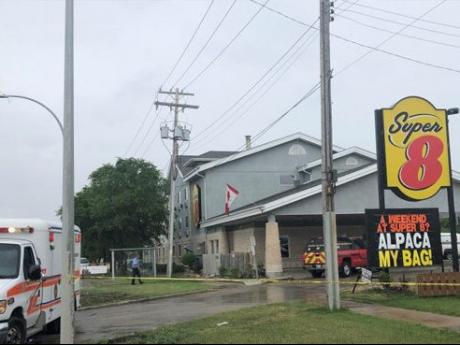 WINNIPEG, Manitoba (AP) — Authorities in Canada say a carbon monoxide leak at a hotel in Winnipeg, Manitoba, has sent 46 people to the hospital, with at least 15 of them in critical condition.

John Lane is the chief of the Winnipeg Fire Paramedic Service.

He says emergency crews were called to the hotel Tuesday morning when an automatic alarm showed there was carbon monoxide gas.

Lane says 52 people, including staff, were at the hotel.

He says that of those taken to the hospital, 15 are listed in critical condition, five as unstable and five as stable.

The chief says that “none of the patients were requiring resuscitation, none of them were incubated or anything.”

Manitoba Hydro shut off gas to the building and is working to determine the cause of the leak.