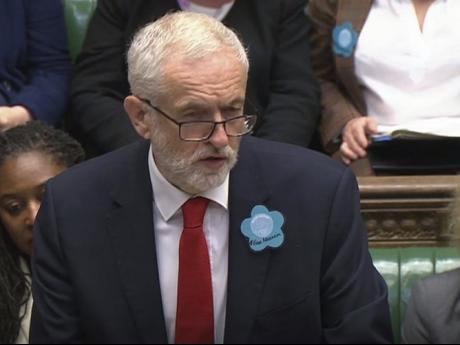 LONDON (AP) — In a significant shift, Britain’s main opposition Labour Party says the government should hold a referendum on whether to leave the European Union or remain in the bloc.

Leader Jeremy Corbyn says Labour will campaign to stay in the EU if a referendum is called by Prime Minister Theresa May’s successor.

Conservative lawmakers Boris Johnson and Jeremy Hunt are competing for her job.

Labour’s opponents and many supporters have accused the party of dithering over Brexit for fear of alienating voters on opposing sides of the debate.

But recent elections suggest Labour is losing support to parties that advocate remaining in the EU.

Corbyn said Tuesday that the new prime minister “should have the confidence to put their deal, or no-deal, back to the people in a public vote.”

Meanwhile, the two contenders to replace British Prime Minister Theresa May will be squaring off in their only head-to-head debate in the campaign.

The television debate Tuesday between front-runner Boris Johnson and Foreign Secretary Jeremy Hunt comes after numerous events around the country in which the candidates took questions individually from Conservative Party members.

They are voting to choose a new party leader who will automatically become prime minister.

Hunt’s supporters have expressed frustration at the reluctance of Johnson to take part in direct debate, and hope that this debate offers a chance to turn the contest around.