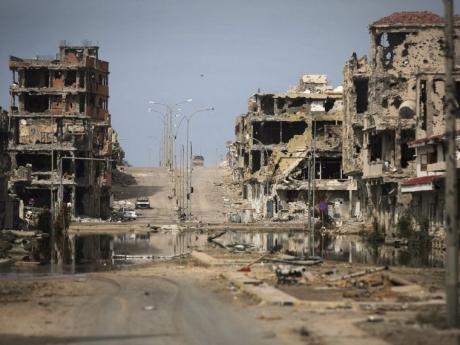 CAIRO (AP) — The battle between rival militias for the Libyan capital has killed more than 1,000 people since it began in April, the U.N. said Tuesday, a grim milestone in a stalemated conflict partly fuelled by regional powers.

Forces loyal to Khalifa Hifter, a veteran army officer, opened an offensive on Tripoli in early April, advancing on the city’s southern outskirts and clashing with an array of militias loosely affiliated with the U.N.-recognised government.

Hifter’s self-styled Libyan National Army is the largest and best organised of the country’s many militias, and enjoys the support of Egypt, the United Arab Emirates and Russia.

But it has faced stiff resistance from fighters aligned with the U.N.-recognised government, which is aided by Turkey and Qatar.

The World Health Organization said in a brief statement that 1,048 people have been killed since the offensive began, including 106 civilians. It says 5,558 have been wounded, including 289 civilians.

The battle lines have changed little since the offensive began, with both sides dug in and shelling one another in the southern reaches of the capital.

Militias aligned with the government recently recaptured Gharyan, a town some 100 kilometers (60 miles) west of the city that is on a major supply route.