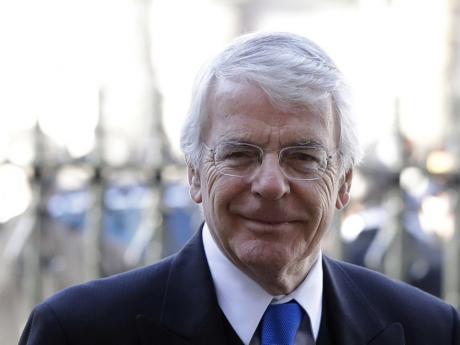 In this Thursday, January 31, 2019 file photo, Britain's former Prime Minister John Major arrives to attend a service of thanksgiving for the life and work of Peter Carrington at Westminster Abbey in London. (AP Photo/Kirsty Wigglesworth, File)

LONDON (AP) — A former British prime minister threatened Wednesday to take Conservative Party leadership candidate Boris Johnson to court if he tries to suspend Parliament to deliver a U.K. departure from the European Union without a deal.

John Major told the BBC it would be unacceptable and against tradition to shut down Parliament, and he would seek a court ruling to overturn it if it happened. Major’s suggestion is important because Parliament has repeatedly signalled its opposition to a no-deal Brexit, but has no obvious way of stopping it.

“You cannot and should not bypass Parliament in this fashion,” Major said.

“I cannot imagine how anyone could conceivably think that is right.”

“I think it’s absolutely bizarre at this stage in the negotiations for the U.K. — yet again — to be weakening its own position.”