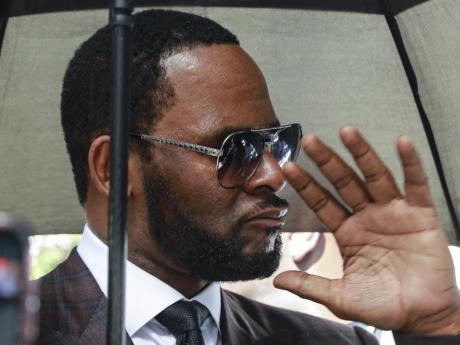 CHICAGO (AP) — Singer R. Kelly, already facing sexual abuse charges brought by Illinois prosecutors, was arrested in Chicago on a sweeping federal indictment that accuses him and members of his entourage of recruiting women and girls to engage in illegal sexual activity with the performer.

The indictment unsealed Friday in the Eastern District of New York includes charges of racketeering, kidnapping, forced labour and the sexual exploitation of a child.

It says Kelly and his managers, bodyguards and other assistants picked out women and girls at concerts and other venues and arranged for them to travel to see Kelly.

They also set rules the women and girls had to follow, including not leaving their rooms — even to eat or go to the bathroom — without Kelly’s permission, calling the singer “Daddy,” and not looking at other men, the indictment alleges.

U.S. Attorney’s Office spokesman Joseph Fitzpatrick said the R&B singer was out walking his dog when he was taken into custody about 7:00 p.m. Thursday and was being held by federal authorities.

According to the Federal Bureau of Prisons website, Kelly is being held at the high-rise Metropolitan Correctional Center, in downtown Chicago.

He was arrested after the indictment was handed down earlier Thursday in federal court for the Northern District of Illinois.

The singer hopes to be released after a bail hearing early next week, Greenberg said.