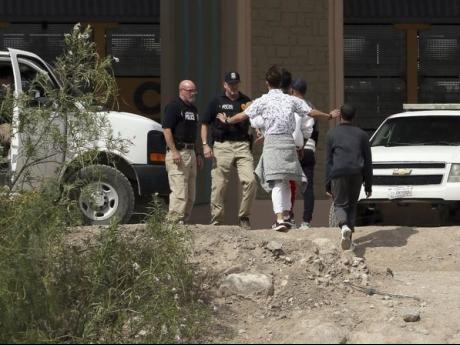 WASHINGTON (AP) — The Trump administration on Monday moved to end asylum protections for most Central American migrants in a major escalation of the president’s battle to tamp down the number of people crossing the U.S.-Mexico border.

According to a new rule published in the Federal Register , asylum seekers who pass through another country first will be ineligible for asylum at the U.S. southern border.

The rule, expected to go into effect on Tuesday, also applies to children who have crossed the border alone.

There are some exceptions: If someone has been trafficked, if the country the migrant passed through did not sign one of the major international treaties that govern how refugees are managed (though most Western countries have signed them) or if an asylum-seeker sought protection in a country but was denied, then a migrant could still apply for U.S. asylum.

But the move by President Donald Trump’s administration was meant to essentially end asylum protections as they now are on the southern border.

The policy is almost certain to face a legal challenge. U.S. law allows refugees to request asylum when they arrive at the U.S. regardless of how they did so, but there is an exception for those who have come through a country considered to be “safe.”

But the Immigration and Nationality Act, which governs asylum law, is vague on how a country is determined “safe”; it says “pursuant to a bilateral or multilateral agreement.”