El Chapo sentenced to life in US prison 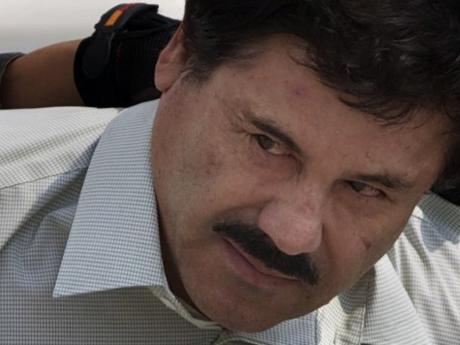 In this February 22, 2014, file photo, Joaquin "El Chapo" Guzman is escorted to a helicopter in handcuffs by Mexican navy marines at a navy hanger in Mexico City. (AP Photo/Eduardo Verdugo, File)

NEW YORK (AP) — Mexican drug kingpin Joaquin “El Chapo” Guzman waved to his family and placed his hand over his heart after being sentenced to life in prison.

Joaquin Guzman thanked his family Wednesday for their support throughout his months-long trial.

Speaking through an interpreter, he said their prayers gave him the strength to “bare this torture that I have been under for the past 30 months.”

Guzman also complained about the conditions of his confinement and said he was denied a fair trial.

U.S. District Judge Brian Cogan defended his decision not to grant Guzman a new trial amid claims of juror misconduct in the case.

Guzman was found guilty in February of leading a murderous drug conspiracy.

He was ordered to pay $12.6 billion in ill-gotten drug proceeds.

The 62-year-old drug lord was brought to the U.S. to stand trial after he twice broke out of Mexican prisons.

The guilty verdict triggered a mandatory sentence of life without parole.

Under Guzman’s leadership, the Sinaloa cartel was responsible for multiple murders and smuggling mountains of cocaine and other drugs into the United States.

Guzman’s lawyers said he was framed.