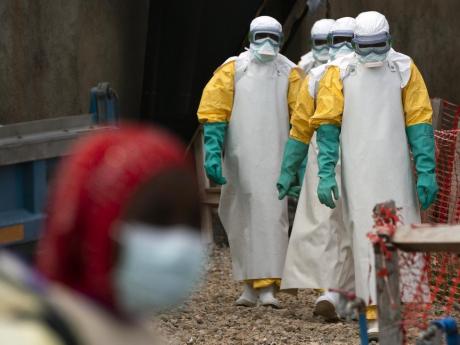 Soldiers and police will “force” people who resist taking the key steps to help contain the disease that has killed more than 1,600 people in the past year , said the outbreak response coordinator at Congo’s health ministry, Dr. Aruna Abedi.

“It’s not possible that someone refuses to wash their hands and have their temperature checked at a very critical moment in this outbreak,” Abedi told reporters in Goma, the city of more than 2 million people where a first Ebola case was announced early this week.

The major regional crossroads is on the Rwanda border and has an international airport.

The World Health Organization’s rare emergency declaration Wednesday night for the second-worst Ebola outbreak in history came after a WHO expert committee declined on three previous occasions to recommend it, to the impatience of some health experts who for months had expressed alarm.

Congo’s increased use of soldiers and police could bring objections from some residents and health workers in an outbreak taking place in what has been called a war zone.