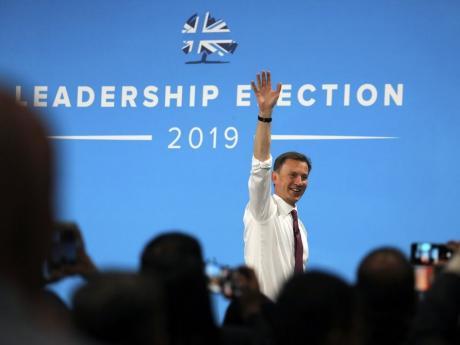 LONDON (AP) — British lawmakers on Thursday put a substantial roadblock in the path of any attempt by a Brexit-backing prime minister to take the country out of the European Union without a divorce deal.

The move came as the U.K.’s official economic watchdog said a no-deal Brexit would trigger a recession, with the pound plummeting in value and the economy shrinking by 2% in a year.

The Office for Budget Responsibility made its assessment as chances of a disruptive exit from the 28-nation bloc appear to be rising.

Britain is due to leave the EU on Oct. 31, but Parliament has repeatedly rejected the divorce deal struck between Prime Minister Theresa May and the bloc.

Both men vying to take over from her as Britain’s prime minister, Boris Johnson and Jeremy Hunt, say they will leave without an agreement if the EU won’t renegotiate.

Most lawmakers, however, oppose a no-deal Brexit, and want to try to stop it happening.

Johnson, who is the strong favorite to win the Conservative leadership race next week, has not ruled out suspending Parliament if it tries to block his plan to leave the EU at Halloween.

That got harder on Thursday, after the House of Commons passed a motion that effectively stops the government from sending lawmakers home in the weeks before the planned October 31 departure.

The 315-274 Commons vote saw several government ministers — including Treasury chief Philip Hammond — abstain rather than support the government’s call to keep suspending Parliament as an option.