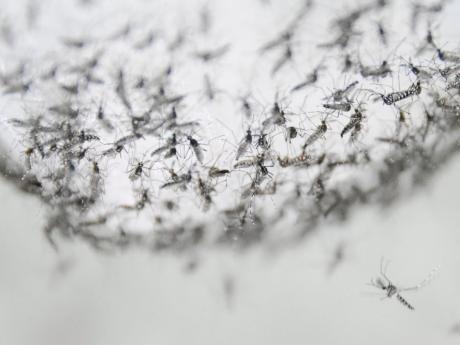 The downside: It may not be practical for larger areas and may cost a lot of money.

In the experiment, researchers targeted Asian tiger mosquitoes, invasive white-striped bugs that can spread dengue fever, Zika and other diseases.

They used a novel approach for pest control: First, they infected the bugs with a virus-fighting bacterium, and then zapped them with a small dose of radiation.

Zapping is meant to sterilise the mosquitoes.

And releasing mosquitoes infected with a bacterial strain not found in wild mosquitoes would stop them from reproducing. Mosquitoes need to have the same type to make young that will survive.

For 18 weeks in 2016 and 2017, the team led by Zhiyong Xi at Michigan State University released male mosquitoes onto two small islands near Guangzhou, China, a region plagued by dengue fever.

The number of female mosquitoes responsible for disease spread plummeted by 83% to 94% each year, similar to other methods like spraying insecticides and using genetically modified mosquitoes.

Some weeks, there were no signs of disease-carrying mosquitoes.

No technique so far has had that kind of success, Xi said.