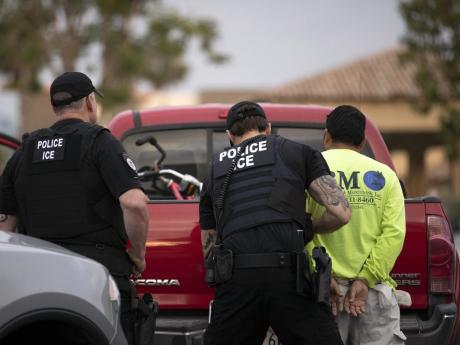 SAN DIEGO (AP) — The Trump administration announced Monday that it will vastly extend the authority of immigration officers to deport migrants without allowing them to appear before judges, its second major policy shift on immigration in eight days.

Starting Tuesday, fast-track deportations can apply to anyone in the country illegally for less than two years.

Previously, those deportations were largely limited to people arrested almost immediately after crossing the Mexican border.

Kevin McAleenan, the acting Homeland Security secretary, portrayed the nationwide extension of “expedited removal” authority as another Trump administration effort to address an “ongoing crisis on the southern border” by freeing up beds in detention facilities and reducing a backlog of more than 900,000 cases in immigration courts.

U.S. authorities do not have space to detain “the vast majority” of people arrested on the Mexican border, leading to the release of hundreds of thousands with notices to appear in court, McAleenan said in the policy directive to be published Tuesday in the Federal Register.

He said Homeland Security officials with the new deportation power will deport migrants in the country illegally more quickly than the Justice Department’s immigration courts, where cases can take years to resolve.

The American Civil Liberties Union and American Immigration Council said they would sue to block the policy.