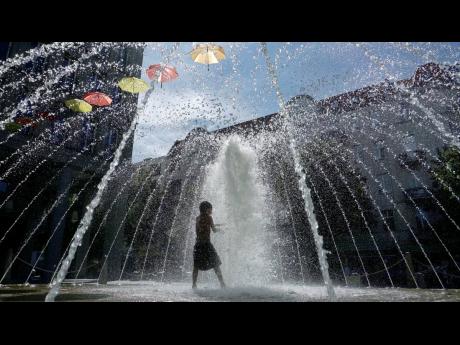 The Associated Press
A boy plays in a fountain in Berlin, Germany, on Wednesday. 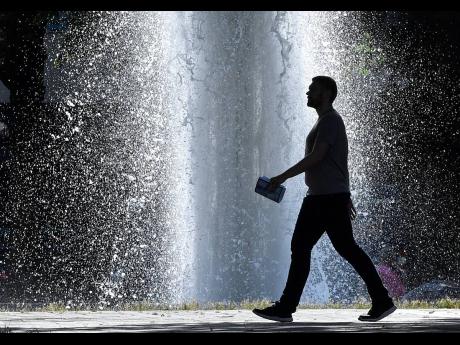 The Associated Press
A man passes a fountain on an extreme hot summer day, with highs of 40 degrees Celsius, Wednesday, July 24, 2019 in the center of Gelsenkirchen, Germany. Europe faces another heatwave with record temperatures. (AP Photo/Martin Meissner) 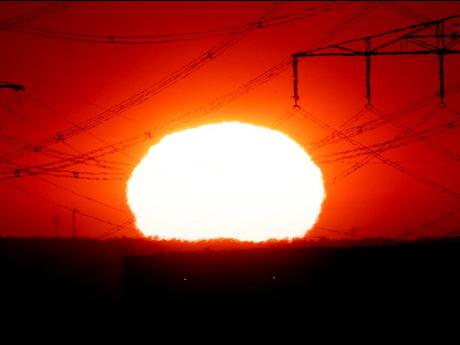 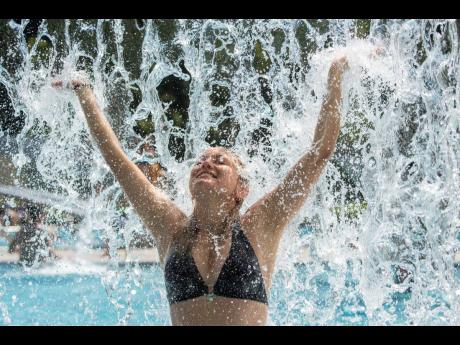 The Associated Press
A young woman stands under an artificial waterfall in a public pool in Grossroehrsdorf, eastern Germany, Wednesday, July 24, 2019. A heatwave hit big parts of Europe. (Robert Michael/dpa via AP) 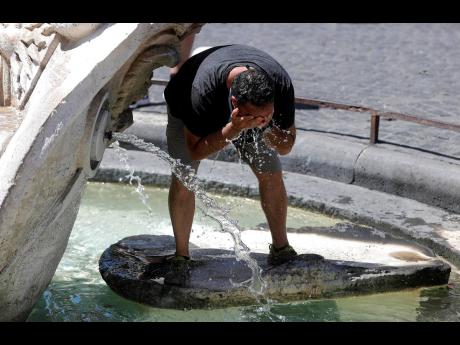 The Associated Press
A man cools off in a fountain in Rome, Wednesday, July 24, 2019. Europeans are jumping into public fountains and the sea to keep cool as parts of Europe could see a record-breaking heat wave. (Riccardo Antimiani/ANSA via AP) 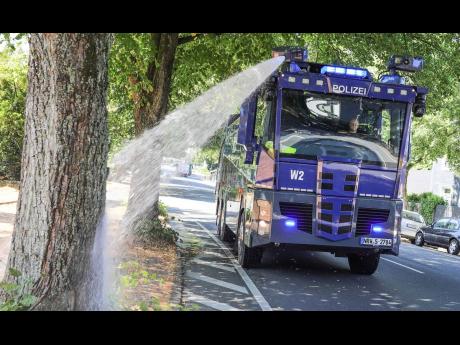 The Associated Press
A water canon of the German police waters trees in Wuppertal, western Germany, Wednesday, July 24, 2019. Hot temperatures are expected all over Europe during the next days. (Claudia Otte/dpa via AP) 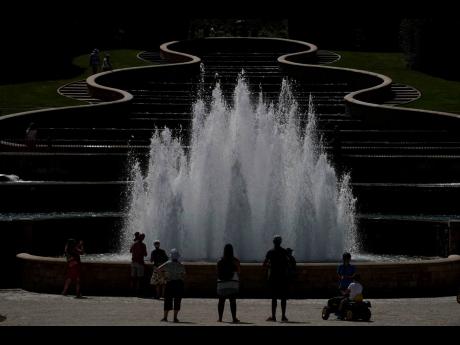 The Associated Press
Visitors look at the fountain at Alnwick Gardens in Alnwick, England, Wednesday July 24, 2019, as the country experiences a heatwave. (Owen Humphreys/PA via AP) 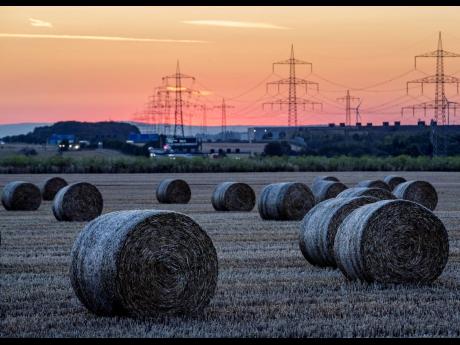 The Associated Press
Straw bales lie on a field in Frankfurt, Germany, before sunrise on Wednesday, July 24, 2019. (AP Photo/Michael Probst) 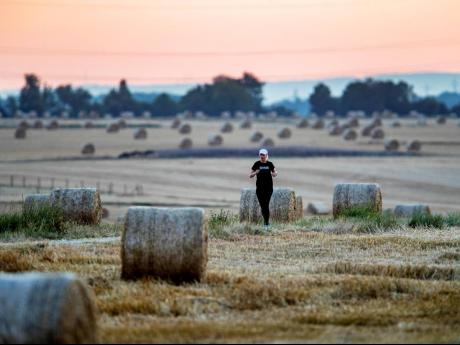 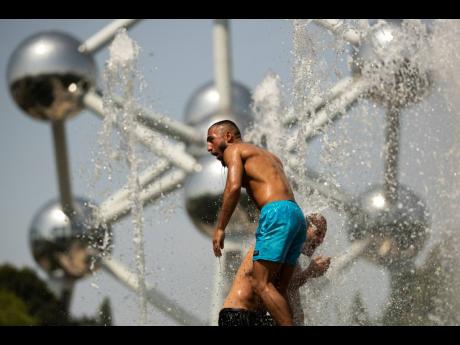 The Associated Press
Two men cool off in a public fountain near the Atomium during a summer hot day in Brussels, Wednesday, July 24, 2019. Europeans are jumping into public fountains and the sea to keep cool as parts of Europe could see a record-breaking heat wave. (AP Photo/Francisco Seco)
1
2
3
4
5
6
7
8
9
10

Europeans cooled off in public fountains yesterday as a new heatwave spread across parts of the continent and is already breaking records.

Belgium registered its highest-ever temperature, while the Netherlands saw its hottest day in 75 years.

And the mercury is expected to rise even further.

Paris and other parts of France could see temperatures exceeding 40° C (104° F) today, along with Germany, Belgium, Netherlands, Luxembourg and Switzerland.

The heat is putting pressure on authorities to help protect the elderly and the sick. Air conditioning is not common at homes, offices, schools or hospitals in European cities.

The weather is also aggravating droughts, since it hasn’t rained much in many parts of Europe this summer. The combination of heat, wind and possible lightning from thunderstorms also increases the risk of wildfires.

WHY IS IT SO HOT?

The second likely-to-be-record-breaking heatwave in two months in Europe includes some of the same ingredients of the first – hot, dry air coming from northern Africa. That hot air is trapped between cold stormy systems in the Atlantic and eastern Europe and forms “a little heat dome,” said Ryan Maue, a private meteorologist in the United States.

This heatwave is a relatively short event where the heat comes with a southerly wind – and dust – from Africa’s Sahara Desert, in contrast to the big European heatwaves of 2003 and 2010 which lasted much longer and were sustained by a stationary high-pressure system with little wind, experts say.

At the end of June, several countries reported record temperatures, and France hit its all-time heat record: 46° C (114.8° F) in the small southern town of Verargues.