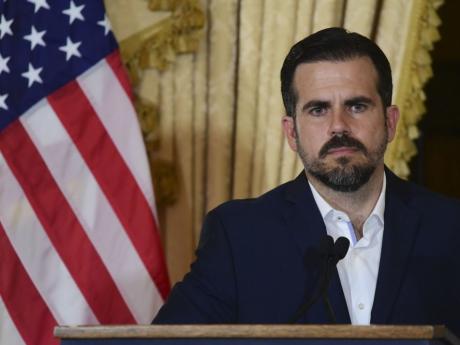 SAN JUAN, Puerto Rico (AP) — Puerto Rico Governor Ricardo Rosselló announced his resignation overnight, ceding power after nearly two weeks of furious protests and political upheaval touched off by a leak of crude and insulting chat messages between him and his top advisers.

A crowd of thousands outside the governor’s mansion in Old San Juan erupted in cheers and song after his announcement on Facebook just before midnight on Wednesday.

The 40-year-old Democrat and son of a governor, Rosselló became the first governor to resign in the modern history of Puerto Rico, a U.S. territory of more than 3 million American citizens.

He is more than halfway through his four-year term.