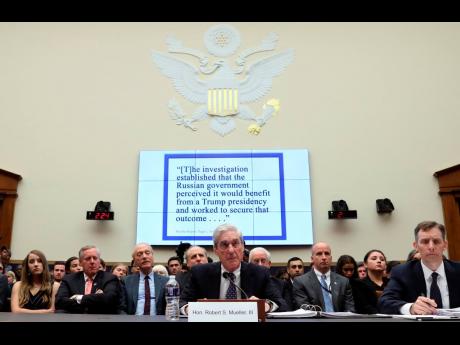 The Associated Press
Former Special Counsel Robert Mueller testifies before the House Judiciary Committee hearing on his report on Russian election interference, on Capitol Hill on Wednesday in Washington. 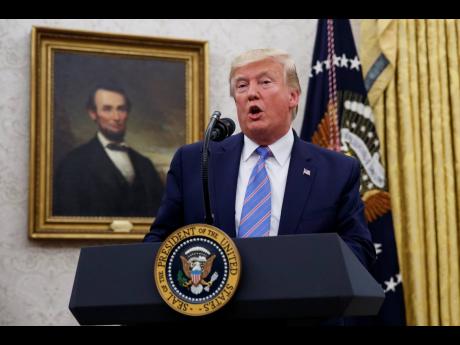 The Associated Press
President Donald Trump speaks during a ceremony in the Oval Office of the White House where Mark Esper is sworn in as the Secretary of Defense in Washington, Tuesday, July 23, 2019.
1
2

United States (U.S.) President Donald Trump and his allies did not wait for Robert Mueller to finish testifying yesterday about his investigation into the sitting president to frame the moment as a victory for the White House, mocking the former special counsel’s findings and performance.

The president tweeted four times during the first half of Mueller’s testimony, largely quoting Fox News coverage of the hearing, including anchor Chris Wallace saying, “This has been a disaster for the Democrats and a disaster for the reputation of Robert Mueller.”

His eldest son, Donald Trump Jr, tweeted repeatedly, mocking Mueller’s lack of familiarity with some aspects of the investigation and accusing him of playing favourites.

“Funny, Mueller can’t understand the Republicans but he can totally understand the Democrats questions. This is a disaster for dems,” Trump Jr wrote.

And the president’s lawyer, Rudy Giuliani, blasted Mueller’s frequent stumbles and calls for questions to be repeated, tweeting the former FBI director was “being destroyed on credibility, knowledge, competence and numerous ‘ahs,’ pauses and excuses like ‘beyond my purview.’

Mueller’s nationally televised appearance on Capitol Hill was long anticipated as a potential inflection point for the presidency, one that could galvanise more House Democrats toward impeachment or help dispel the investigatory cloud that has shadowed the White House for more than two years. Ever mindful of the need to spin powerful televised images, Trump and his fellow Republicans unleashed a barrage of tweets that continued a pattern of attacks in which Trump has made baseless claims about Mueller’s probe and its findings.