Trump steps up attack on black lawmaker, calls him ‘racist’ 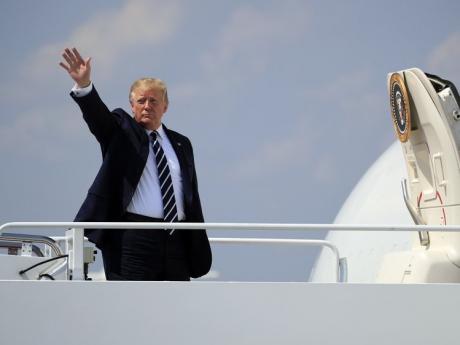 WASHINGTON (AP) — Facing growing accusations of racism for his incendiary tweets, President Donald Trump lashed out at his critics Monday and sought to deflect the criticism by labelling a leading black congressman as himself racist.

In the latest rhetorical shot at lawmakers of colour, Trump said his weekend comments referring to Elijah Cummings’ majority-black Baltimore district as a “disgusting, rat and rodent-infested mess” where “no human being would want to live” were not racist.

Instead, Trump argued, “if racist Elijah Cummings would focus more of his energy on helping the good people of his district, and Baltimore itself, perhaps progress could be made in fixing the mess.”

After a weekend of attacks on Cummings, the son of former sharecroppers who rose to become the powerful chairman of the House Oversight and Reform Committee, Trump expanded his attacks Monday to include a prominent Cummings defender, the Reverend Al Sharpton, who was travelling to Baltimore to hold a press conference in condemnation of the president.

Trump appeared to dig a deeper hole even as a top White House aide sought to dismiss the controversy by describing Trump’s comments as hyperbole.

Two weeks ago, Trump caused a nationwide uproar with racist tweets directed at four Democratic congresswomen of colour as he looked to stoke racial divisions for political gain heading into the 2020 election.