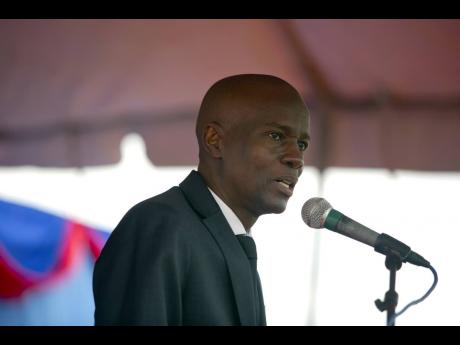 President Jovenel Moïse has called on Parliament to approve the nomination and government of newly appointed Prime Minister Fritz William-Michel, describing him as “a brilliant civil servant who has devoted his entire career to serving the people of Haiti”.

Michel, a former executive in the Ministry of Economy and Finance, became the fourth prime minister of the French-speaking Caribbean Community (CARICOM) country since Moïse became the head of state in 2017.

Michel, 38, two weeks ago, replaced Jean-Michel Lapin, who had earlier announced that he was stepping down in the interest of the country.

He has since named an 18-member Cabinet that is equally divided between men and women.

In a statement, Moïse said that he made the choice to name Michel “together with the presidents of the two branches of Parliament to put an end to the political paralysis that harms the citizens of our country.

“The cabinet of Mr Michel is representative and inclusive. It is time for the Parliament to approve the government so that together we can meet the urgent needs of our society, in terms of food security, job creation, infrastructure, etc.,” he added.

But the legislators remain divided on his appointment, with some insisting that President Moïse should step down in the wake of allegations of embezzlement related to the PetroCaribe oil initiative with Venezuela and call fresh elections.