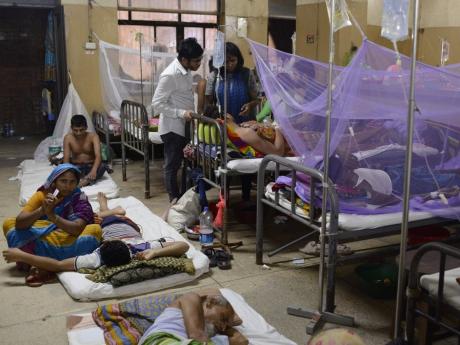 The mosquito-borne viral infection has spread across the country, with 61 out of 64 districts reporting dengue cases by late Tuesday.

The government has confirmed 15,369 dengue cases since January 1.

As of Tuesday, about 4,400 patients, including many children, were undergoing hospital treatment.

There have been 14 deaths.

Officials from Dhaka, the overcrowded capital and the epicentre of the outbreak, have struggled to contain it, drawing criticism and spreading panic among some residents.

Dengue is found in tropical areas around the world and is spread by a type of mosquito that mainly lives in urban areas.

The virus causes severe flu-like symptoms, and while there is no specific treatment for the illness, medical care to maintain a person’s fluid levels is seen as critical.

There are fears that the situation in the countryside will worsen as many residents of the city travel to villages to celebrate Eid-ul-Adha next month. Infected humans can serve as a source of the virus for uninfected mosquitoes.