US sets up first-ever plan allowing medications from Canada 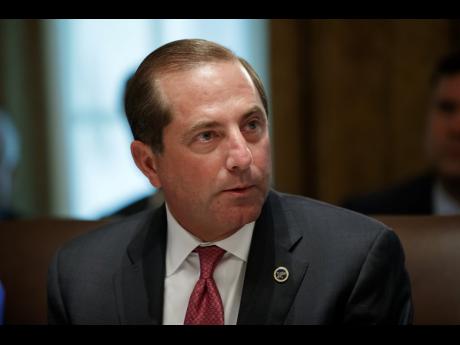 In this Tuesday, July 16, 2019, file photo, Health and Human Services Secretary Alex Azar pauses while speaking during a Cabinet meeting at the White House, in Washington. (AP Photo/Alex Brandon, File)

WASHINGTON (AP) — The Trump administration said Wednesday it will set up a system allowing Americans to legally and safely import lower-cost prescription drugs from Canada for the first time, reversing years of opposition from federal health authorities amid a public outcry over high prices for life-sustaining medications.

The move is a step toward fulfilling a 2016 campaign promise by President Donald Trump, and it weakens an import ban that stood as a symbol of the political clout of the pharmaceutical industry.

It’s unclear how soon consumers will see benefits, as the plan has to go through time-consuming regulatory approval and later could face court challenges from drugmakers.

It comes as the industry is facing a crescendo of consumer complaints over costs, as well as legislation from both parties in Congress to rein in costs, along with a sheaf of proposals from the Democratic presidential contenders.

Ahead of the 2020 election, Trump is feeling pressure to deliver on years of harsh rhetoric about the pharmaceutical industry.