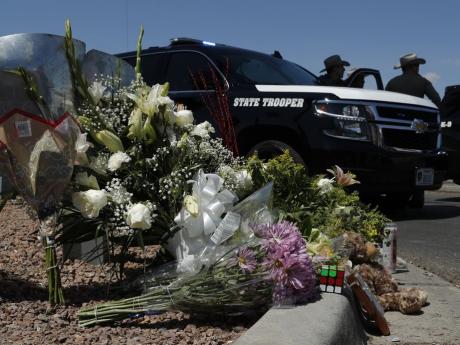 Flowers adorn a makeshift memorial near the scene of a mass shooting at a shopping complex Sunday, August 4, 2019, in El Paso, Texas. (AP Photo/John Locher)

EL PASO, Texas (AP) — Authorities say another person has died from a weekend mass shooting at a Walmart in El Paso, Texas, raising the death toll in that attack to 21.

No other details were immediately provided.

More than two dozen people were wounded in the attack.

The suspected gunman, 21-year-old Patrick Crusius, has been booked on capital murder charges.

Speaking from the White House on Monday, President Donald Trump condemned the El Paso mass shooting and another in Dayton, Ohio, hours later in his first public remarks since the attacks.