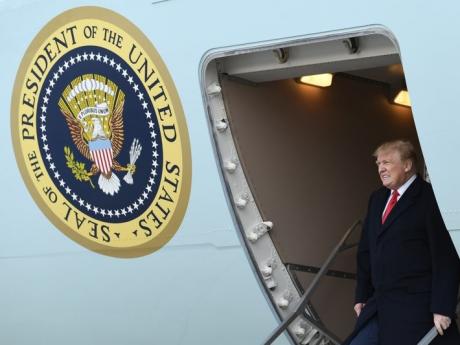 In this April 15, 2019, file photo, President Donald Trump walks down the steps of Air Force One at Andrews Air Force Base in Maryland. (AP Photo/Susan Walsh, File)

The conservative group Judicial Watch announced Monday it had filed a lawsuit last week to challenge the law.

The four plaintiffs are two Republicans, one Democrat, and one independent.

“This is a nonpartisan concern about the state running roughshod and attempting to amend the Constitution on its own,” Judicial Watch President Tom Fitton said.

The Constitution requires three things of presidents: They have to be born in the U.S.; must be at least 35 and must have lived in the country for at least 14 years.

Attorneys for Judicial Watch argue California’s law effectively alters the Constitution by adding a new requirement for tax returns, something they say state governments don’t have the authority to do.