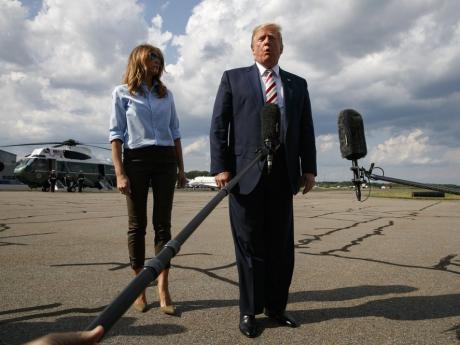 WASHINGTON (AP) — President Donald Trump is calling the recent mass shootings “evil attacks” that are crimes “against all humanity” and says unity must replace hatred in society.

He called the shootings “barbaric slaughters.”

Trump says “in one voice, our nation must condemn racism, bigotry and white supremacy.”

He urges Democrats and Republicans to set aside partisanship and find solutions to violence.

The Democrat-led House has passed a gun control bill that includes fixes to the nation’s firearm background check system, but it has languished in the GOP-controlled Senate.

Trump suggested Monday that a background check bill could be paired with his long-sought effort to toughen the nation’s immigration system. But he didn’t say how.