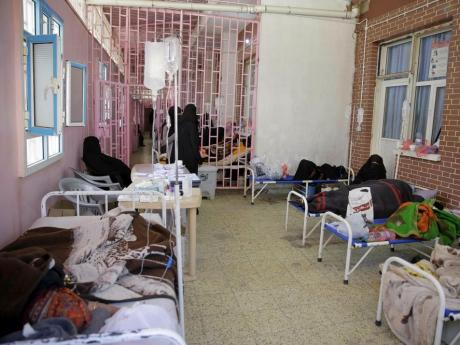 CAIRO (AP) — The United Nations investigators assembled in the departure hall of Sanaa’s airport were preparing to leave with precious evidence: laptops and external drives collected from the staff of the World Health Organization.

These computers, they believed, contained proof of corruption and fraud within the U.N. agency’s office in Yemen.

But before they could board their flight out, armed militiamen from the Houthi rebels ruling northern Yemen marched into the hall and confiscated the computers, according to six former and current aid officials.

The stunned investigators were left unharmed but flew out without the telltale devices.

The Houthis had been tipped off by a WHO staffer with connections to the rebel movement who feared her theft of aid funding would be uncovered, according to the six former and current officials who spoke on condition of anonymity because the seizure of the computers had not previously been made public.

The October 2018 scene at the Sanaa airport is another episode in the continuing struggle over corruption that has diverted donated food, medicine, fuel, and money from desperate Yemenis amid their country’s five-year civil war.

More than a dozen U.N. aid workers deployed to deal with the wartime humanitarian crisis have been accused of joining with combatants on all sides to enrich themselves from the billions of dollars in donated aid flowing into the country, according to individuals with knowledge of internal U.N. investigations and confidential documents reviewed by The Associated Press.