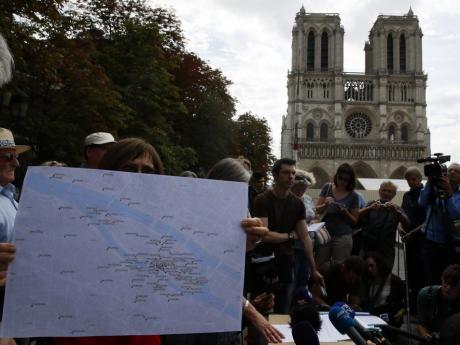 PARIS (AP) — Health officials in Paris said Wednesday that a young boy needs medical monitoring because tests conducted after the Notre Dame Cathedral fire showed that he was at risk of lead poisoning.

The child, who was tested last week, doesn’t need treatment yet, the Regional Health Authority said in a statement late Tuesday.

Checks are being conducted to determine whether the lead came from the April 15 fire or another source.

The child’s school, near the cathedral, was closed in July due to high lead levels found on its grounds.

A total of 162 children have been tested for lead in Paris after hundreds of tons of lead in Notre Dame’s spire and roof melted in the blaze.

Sixteen of those were deemed to be just short of being “at risk” and will also be monitored as a precaution.

The results “show, on the one hand, the need to keep cleaning to limit the risk of exposure of the children to lead and, on the other hand, the importance of extending blood tests,” the health authority said.

Authorities in June recommended blood tests for children under 7 and pregnant women who live near Notre Dame as they are especially vulnerable to health problems from lead poisoning and exposure.