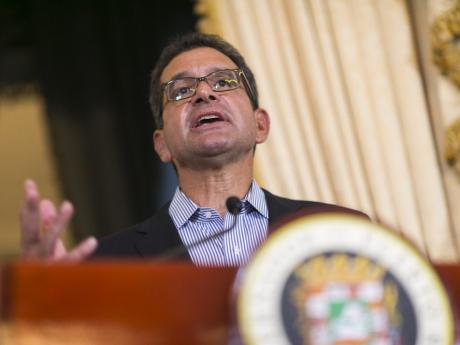 SAN JUAN, Puerto Rico (AP) — Puerto Rico’s Supreme Court overturned the swearing-in of Pedro Pierluisi as the island’s governor less than a week ago, clearing the way for Justice Secretary Wanda Vázquez to take up the post Wednesday after weeks of turmoil.

The unanimous ruling said Pierluisi must step aside immediately.

The high court’s decision, which cannot be appealed, solves at least the dispute over who will lead the U.S. territory after its political establishment was knocked off balance by large protests spawned by anger over corruption, mismanagement of funds and a leaked obscenity-laced chat that forced the previous governor and several top aides to resign.

But it was also expected to unleash a new wave of demonstrations because many Puerto Ricans have said they don’t want Vázquez as governor.

“It is concluded that the swearing-in as governor by Hon. Pedro R. Pierluisi Urrutia, named secretary of state in recess, is unconstitutional,” the court said in a brief statement.

After the ruling, Vázquez said she would step in as governor despite earlier saying didn’t want the job.

“Puerto Rico needs assurance and stability. Our actions will be aimed toward that end and it will always come first,” she said in a statement. She was to be sworn later Wednesday.

Pierluisi said previously he would respect whatever ruling was made.

People began cheering in some parts of San Juan after the ruling was announced, and Puerto Ricans were expected to gather later outside the governor’s seaside mansion in the capital’s colonial district — some to celebrate the court’s decision and others to protest the incoming governor.