Amnesty International issues travel advisory for US after mass shootings 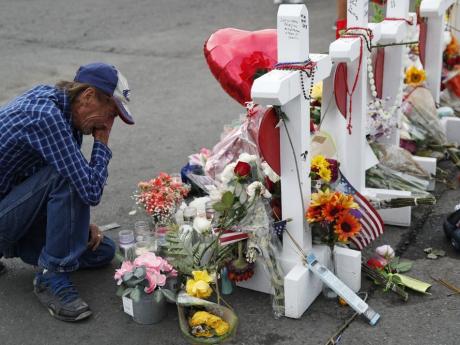 A man cries beside a cross at a makeshift memorial near the scene of a mass shooting at a shopping complex Tuesday, August 6, 2019, in El Paso, Texas. (AP Photo/John Locher)

Amnesty International, a global human rights organisation, issued a travel advisory for the U.S. Wednesday in the wake of two mass shootings where dozens of people were killed, urging people to exercise caution.

“Depending on the traveller's gender identity, race, country of origin, ethnic background or sexual orientation, they may be at higher risk of being targeted with gun violence and should plan accordingly,” the advisory says.

The advisory states that people should be “extra vigilant at all times” and “avoid places where large numbers of people gather” listing events, houses of worship, schools, malls, local bars, nightclubs and casinos.

Amnesty International says "the United States has an obligation to enact a range of measures at the federal, state and local level to regulate access to firearms” and to protect its people – but “sufficient steps” have not been taken by the government “to meet this obligation.”

This is the latest travel advisory to be issued in regards to the U.S.

Earlier this week, Venezuela and Uruguay both issued statements suggesting their citizens reconsider their plans to travel to the country due to “indiscriminate possession of firearms,” by the U.S. population.