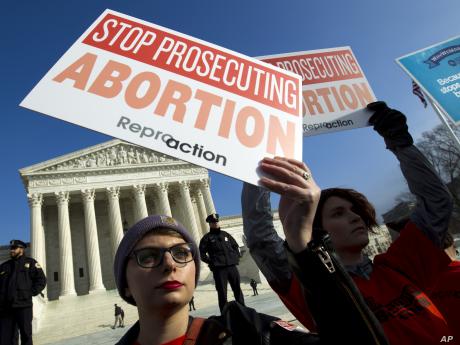 WASHINGTON (AP) — Moving ahead despite objections, the Trump administration on Friday set a timetable for federally funded family clinics to comply with a new rule that bars them from referring women for abortions.

The move is part of a series of efforts to remake government policy on reproductive health to please conservatives who are a key part of President Donald Trump’s political base.

The administration’s action came as Planned Parenthood is threatening to leave the Title X family planning programme over the restrictions, and a federal court in San Francisco plans to hear arguments in a lawsuit to block the regulation.

The Department of Health and Human Services sent notices to program participants saying they must certify by September 18 that they’re complying with most major provisions of the rule.

Plans on how the clinics intend to comply are due earlier by August 19.

In addition to the ban on abortion referrals, the rule’s short-term requirements include financial separation from facilities that provide abortion, designating abortion counselling as optional instead of standard practice, and limiting which staff members can discuss abortion with patients.

Clinics have until next March to separate their office space and examination rooms from the physical facilities of providers that offer abortions.

The government distributes about $260 million a year in state grants to keep the program running.

Many low-income women also get basic health care from the clinics.