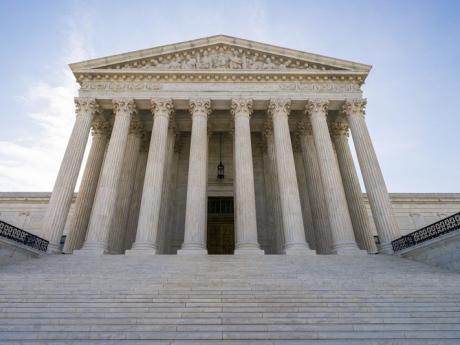 WASHINGTON (AP) — A divided Supreme Court on Monday allowed the Trump administration to put in place a policy connecting the use of public benefits with whether immigrants could become permanent residents.

The new policy can be used to deny green cards to immigrants over their use of public benefits including Medicaid, food stamps and housing vouchers, as well as other factors.

The justices’ order came by a 5-4 vote and reversed a ruling from the 2nd US Circuit Court of Appeals in New York that had kept in place a nationwide hold on the policy following lawsuits that have been filed against it.

An injunction in Illinois remains in effect but applies only to that state.

The lawsuits will continue, but immigrants applying for permanent residency must now show they wouldn’t be public charges or burdens to the country.

The new policy significantly expands what factors would be considered to make that determination, and if it is decided that immigrants could potentially become public charges at any point in the future, that legal residency could be denied.

According to the government, 382,000 are in categories that would make them subject to the new review.