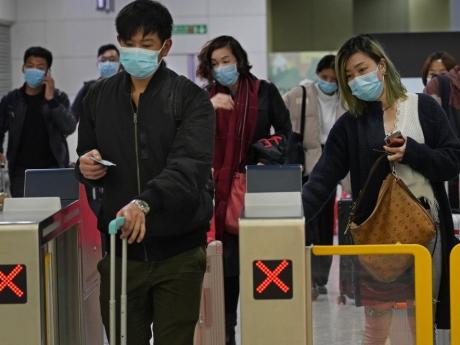 BEIJING (AP) — Hong Kong said Tuesday it will cut all rail links to mainland China as the United States and other governments prepared to evacuate citizens from the Chinese city at the center of a virus outbreak that has now killed more than 100 people.

Wearing a green surgical mask, Hong Kong leader Carrie Lam told a news conference that train service would stop at midnight Thursday and that the two stations connecting to the mainland would be closed.

She stopped short of a total closing of the border, as North Korea and Mongolia have done, but said that flights from the mainland would be reduced.

China’s death toll from the new viral disease rose to 106, including the first death in Beijing, the Chinese capital, and 24 others in Hubei province, where the first illnesses were detected in December.

Asian stock markets tumbled for a second day, dragged down by worries about the virus’s global economic impact.

The US Consulate in the central Chinese city of Wuhan, where authorities cut off most access January 22 in an effort to contain the disease, was preparing to fly its diplomats and some other Americans out of the city on Wednesday.

Japan and South Korea said they would send planes to Wuhan this week to evacuate their citizens. France, Mongolia and other governments also planned evacuations.

US health officials expanded their recommendation for people to avoid non-essential travel to any part of China, rather than just Wuhan and other areas most affected by the outbreak.