All I wanted to see was democracy in Guyana – Gonsalves 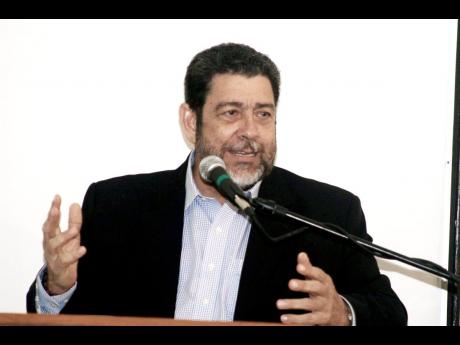 The Chairman of the 15-member regional integration movement, CARICOM, on Wednesday defended his decision to “interfere” in the political situation in Guyana, insisting that it was important for democracy to have been maintained in the CARICOM country.

Dr Ralph Gonsalves, who is also the prime minister of St Vincent and the Grenadines, told listeners to his weekly radio programme that soon after President Irfaan Ali had been sworn into office on Sunday, he telephoned him to congratulate him on his victory.

Ali, 40, was sworn into office a few hours after the Guyana Elections Commission had declared him the winner in the presidential elections over the incumbent David Granger and also gave the People’s Progressive Party/Civic victory over the ruling coalition, A Partnership for National Unity.