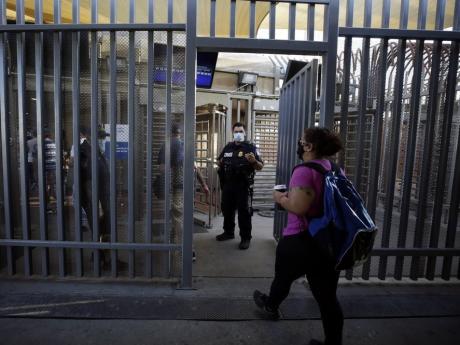 The current agreement runs through August 21, but Ebrard said it does not make sense to reopen the border at this time.

“We already told the United States that we’re of the idea that it’s extended because of what we have along the strip on their side,” Ebrard said, referring to a surge in cases in the southwestern United States.

The travel restriction at the shared land border was first announced March 18 and has been renewed monthly.

It has included the US-Canada border as well.

“It wouldn’t be logical that we change it right now, so it will be another month.”

Mexico has reported about 500,000 confirmed COVID-19 infections and about 55,000 deaths, both considered to be significant undercounts due to very limited testing.