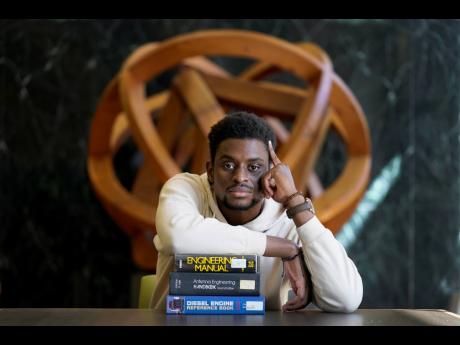 AP
Illinois Institute of Technology student Wofai Ewa, originally from Nigeria, poses for a portrait Friday, September 18, 2020, at the institute’s library in Chicago. America was always considered the premier destination for international students, with the promise of top-notch universities and work opportunities. Yet, 2016 marked the start of an alarming decline of new enrollees, something expected to continue with fresh rules limiting student visas, competition from other countries and a haphazard coronavirus response. 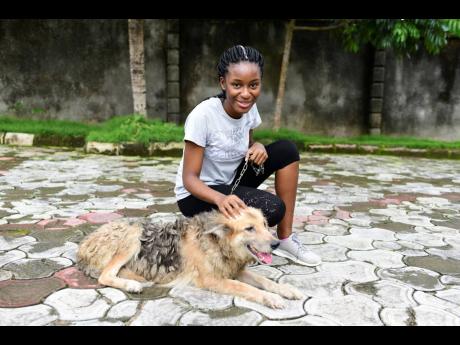 AP
In this photo taken on Wednesday, October 14, 2020, Dodeye Ewa, 16 years old, plays with a dog outside her compound in Calabar, Nigeria. The third child is bothered by President Donald Trump’s rhetoric and his policies towards international students, most recently one announced Friday that limits their stays in the US to two or four years, with uncertainty about whether their visas will be extended.
1
2

On a recruiting trip to India’s tech hub of Bangalore, Alan Cramb, the president of a reputable Chicago university, answered questions not just about dorms or tuition but also American work visas.

The session with parents fell in the chaotic first months of Donald Trump’s presidency. After an inaugural address proclaiming “America first”, two travel bans, a suspended refugee programme and hints at restricting skilled worker visas widely used by Indians, parents doubted their children’s futures in the US.

“Nothing is happening here that isn’t being watched or interpreted around the world,” said Cramb, who leads the Illinois Institute of Technology, where international scholars have been half the student body.

America was considered the premier destination for international students, with the promise of top-notch universities and unrivalled job opportunities. Yet, 2016 marked the start of a steep decline of new enrollees, something expected to continue with fresh rules limiting student visas, competition from other countries and a haphazard coronavirus response. The effect on the workforce will be considerable, experts predict, no matter the outcome of November’s election.

Trump has arguably changed the immigration system more than any US president, thrilling supporters with a nationalist message and infuriating critics who call the approach to his signature issue insular, xenophobic and even racist. Before the election, The Associated Press is examining some of his immigration policies, including restrictions on international students.

For colleges that fear dwindling tuition and companies that worry about losing talent, the broader impact is harder to quantify: America seemingly losing its lustre on a global stage.

“It’s not as attractive as it once was,” said Dodeye Ewa, who’s finishing high school in Calabar, Nigeria.

Unlike two older siblings who left for US schools, the aspiring paediatrician is focused on Canada. In America, she fears bullying for being an international student and a black woman.

“Our superior economic position is going to mean that the world’s most talented doctors, scientists, technicians, engineers, etc., will all be thinking of the United States as their first country of destination,” Miller told the AP.

Roughly 5.3 million students study outside their home countries, a number that’s more than doubled since 2001. But the US share dropped from 28 per cent in 2001 to 21 per cent last year, according to the Association of International Educators, or NAFSA.