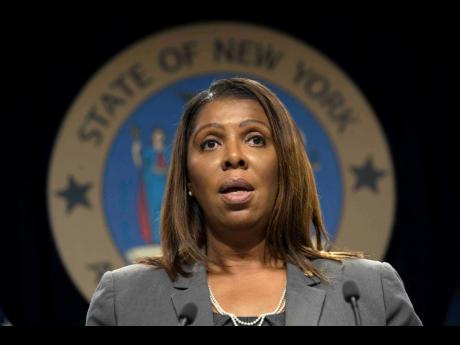 New York Attorney General Letitia James says she is leading a coalition of 22 attorneys general in continuing the fight to stop the Trump administration’s attempts to make it easier for healthcare providers to refuse to provide necessary and desired health coverage to Caribbean nationals and others on the basis of their healthcare providers’ “religious beliefs or moral convictions”.

In an amicus brief filed in support of the states of California and Washington in their lawsuits brought against the US Department of Health and Human Services (HHS), James leads the coalition in opposing the Trump administration’s ‘Refusal-of-Care’ rule.

James led her own lawsuit against the Trump administration’s Refusal-of-Care rule in May 2019.

“As we continue to battle a public health crisis that has only been exacerbated by the Trump administration’s incompetence, the Department of Health and Human Services is still doing what it can to make it easier for healthcare providers to deny health coverage to millions of Americans,” James told the Caribbean Media Corporation (CMC).

“The Refusal-of-Care rule gives healthcare providers free licence to openly discriminate and deny care to patients, masking their bigotry and hatred in an invisible cloak of religious freedom,” she added. “The courts have rejected this hatred every step of the way, and we are confident they will do the same once again.”

In May 2019, the Trump administration’s HHS introduced a final rule that would vastly and unreasonably expand the ability of healthcare providers to deny patients access to certain lawful and medically needed procedures, services and information, including those related to abortion, sterilisation, and aid-in-dying — all while purporting to implement various federal conscience statutes.

However, James said the rule violates the careful balance that the US Congress struck in the underlying statutes by simultaneously expanding the job functions that objectors may refuse to perform, based on their personal views, and severely restricting the actions that employers may take to plan for and accommodate such objections while ensuring that patients receive uninterrupted care.

The New York attorney general said the rule would disproportionately impact women and members of the LGBTQ+ community.

After those losses, the Trump administration appealed to the US Court of Appeals for the Ninth Circuit. Attorney General James and the coalition filed this amicus brief in support of California and Washington in that appeal.

The coalition argues, in the amicus brief, that the rule’s definition of ‘discrimination’ is inconsistent with statute and is, thus, contrary to the Administrative Procedures Act, and that HHS acted “arbitrarily and capriciously in promulgating the rule”.

Last November, James won that case in US federal court. The Trump administration has appealed the matter, and the case is pending in the US Court of Appeals for the Second Circuit.