Skip to main content
A bigger election than Trump vs Biden 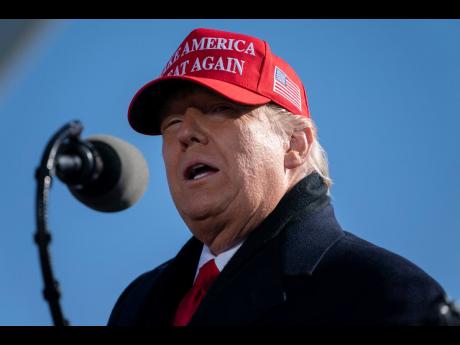 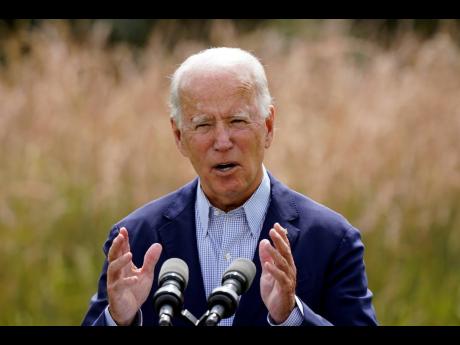 Claiming that the very core of their democracy is on the ballot today, Democrats in the United States say the 2020 general election is much bigger than the two presidential candidates competing.

“We are in the election of our lifetime. This is a bigger election than just Donald Trump versus Joe Biden. Donald Trump has spent months attacking basic democracy in America and if he succeeds in getting re-elected having attacked democracy, it really worries me about what America will look like,” lamented David Pepper, chairman of the Democratic National Party, Ohio.

Pepper was addressing a group of Democracy Win international observers in the US witnessing the historic election process last Saturday in Columbus, Ohio.

Pepper, who worked in Russia for several years, said a part of America’s pride was being that beacon of democracy, which it has been trying to share with the rest of the world. However, that has been eroded by President Trump.

Bent on defying any continued attempt to take away the rights of the people, the Democratic National Committee chairman said in a couple of months, he has done everything in his power to protect the right to vote.

“And we will keep doing that until the last vote is counted. But it has been a very troubling time because, again, we pride ourselves on our democratic system. We have always known it was imperfect, but in the year 2020, I would have never imagined that it would be under such attack by our own leader.”

Referencing the issues and threats made by the US president, not to allow mail-in votes to be counted after election day, Pepper argued that if Trump succeeds, he will be violating Ohio law.

“Americans have for years, in Ohio and elsewhere, cast their votes by mail. They mail it and because of the COVID crisis, many more are using the mail. But Donald Trump has been trying to convince people that mail votes are fraudulent.”

“Ohio law says that any vote that arrives within 10 days of the election should be counted. Other states have similar rules. The state is the one that determines the law of how votes are cast. So we will fight to make sure every vote is counted that was voted legitimately, but we are also worried that he is gonna try to keep legitimate votes from being counted in Ohio and Pennsylvania.”

Pepper is predicting a very dark moment in American history, if legitimate votes were eliminated.

He is of the opinion that Ohio can end the Trump presidency and end his attempt to undermine the election. Last Friday, Trump tweeted that the election must be over the day of the election, “nothing else should count”.

This would mean that all the votes of people overseas, including those on military bases throughout the world, may not have their votes counted if Trump has his way.

The law states that they are entitled to have a few extra days to have those votes come in from overseas.

“If we are blue (Democratic win), the electoral college math is clear that Donald Trump will not be president. So my motivation is that if Ohio is blue, we end this attempt to undermine our democracy early and decisively,” stated Pepper.