International flyers may soon need to get coronavirus vaccinations 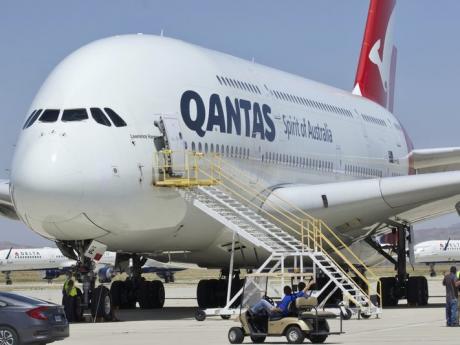 In this July 6, 2020, file photo, a Qantas Airbus A380 arrives at Southern California Logistics Airport in Victorville, California. Qantas Chief Executive Alan Joyce, Australia's largest airline, said that once a coronavirus vaccine becomes widely available, his carrier will likely require passengers to use it before they can travel abroad or land in Australia. (AP Photo/Matt Hartman, File)

WELLINGTON, New Zealand (AP) — International air travel could come booming back next year but with a new rule: Travellers to certain countries must be vaccinated against the coronavirus before they can fly.

Encouraging news about vaccine development has given airlines and nations hope they may soon be able to revive suspended flight routes and dust off lucrative tourism plans.

But countries in Asia and the Pacific, in particular, are determined not to let their hard-won gains against the virus evaporate.

In Australia, the boss of Qantas, the country’s largest airline, said that once a virus vaccine becomes widely available, his carrier will likely require passengers to use it before they can travel abroad or land in Australia.

Qantas Chief Executive Alan Joyce said he’s been talking to his counterparts at other airlines around the world about the possibility of a “vaccination passport” for international travellers.

“We are looking at changing our terms and conditions to say for international travellers, that we will ask people to have the vaccination before they get on the aircraft,” Joyce told Australia’s Network Nine television.

South Korea’s largest airline has a similar message. Jill Chung, a spokesperson for Korean Air, said Tuesday there’s a real possibility that airlines will require that passengers be vaccinated.

She said that’s because governments are likely to require vaccinations as a condition for lifting quarantine requirements for new arrivals.

“Ultimately, it’s up to governments to determine when and how it is safe to reopen borders and we continue to work closely with authorities on this,” Air New Zealand said in a statement.

Australia, South Korea and New Zealand have all managed to minimise the spread of the virus.

They are seen internationally as success stories, and a big part of their containment effort has focused on keeping infectious people out.