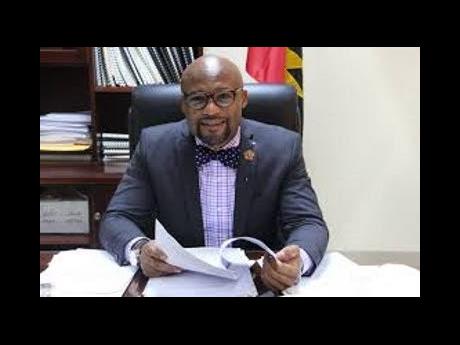 Information Minister Melford Nicholson yesterday announced that Michael Browne, 44 – the legislator who resigned as education minister on Wednesday – has been arrested and charged.

The information minister did not state the nature of the charge.

Following the news of Browne’s arrest, Prime Minister Gaston Browne asked the governor general to rescind the appointment of the former education minister from the Cabinet.

According to the prime minister, the Education Ministry has been given to Sports and Festivals Minister Daryl Matthew, who has already been sworn into that position.

Michael Browne reportedly resigned following allegations made against him by a woman.

Yesterday, he was arrested and charged and granted bail in the sum of EC$15,000 when he appeared in court.

Browne’s attorney, Gail Pedro, told the court that her client has no previous arrests and would not be interfering with the victim or witnesses.

The presiding magistrate, Ngaio Emanuel-Edward, granted the former minister bail, ordered him to surrender his travel documents, and report to the police three times a week.