‘Adherence to labour laws a must’ 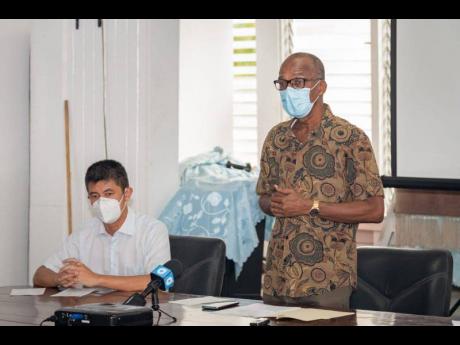 Minister of Labour Joseph Hamilton says while Guyana is open for business and welcomes foreign investments, there should be an amicable labour relationship between employers and employees and all businesses must adhere to the country’s labour laws.

Addressing a one-day seminar hosted for Chinese entrepreneurs on Sunday, Hamilton said he was aware that businesses work to make good returns on their investments, but the government would not allow the law to be disregarded in the process.

He added that employees would not be left to suffer at the hands of their managers.

To this end, he said, the ministry has increased the number of labour officers from 16 to 26.

“Because when you have a difficulty at any workplace, in my view, it helps no one. First, there is downtime of business; that means the businessman suffers, the employees suffer, because they might not be earning during the period, and, generally, the economy suffers, based on the type of business that is involved,” he told members of the Chinese Association.

Hamilton said his ministry is also increasing the complement of staff from nine to 30, and these officers responsible for ensuring health and safety in the workplace will be dispatched to all regions.

“The officers will be interfacing with employers to ensure that workers work in a safe space and that they go back to their families in one piece when the afternoons come,” he said.

The labour minister said he was also willing to lend support to the Chinese business community through a range of services offered by the Ministry of Labour.

Meantime, Hamilton said, his ministry is reviewing the labour laws to make the fines more punitive to ensure full adherence.