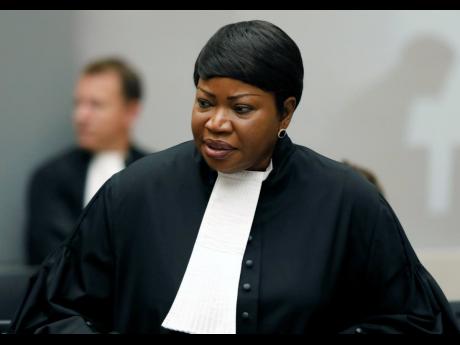 The Associated Press
Prosecutor Fatou Bensouda at the International Criminal Court in The Hague, Netherlands.

In a videotaped statement, Netanyahu accused the court of “hypocrisy and anti-Semitism” and vowed to “fight for the truth”.

The prosecutor of the International Criminal Court said Wednesday she has launched an investigation into alleged Israeli crimes in the Palestinian territories, plunging the court into the midst of one of the most fraught conflicts of the past half-century.

Fatou Bensouda said in a statement the probe will look into “crimes within the jurisdiction of the court that are alleged to have been committed” since June 13, 2014, and that the investigation will be conducted “independently, impartially and objectively, without fear or favour”.

The decision in effect turns the court’s focus on two key Israeli policies of recent years: its repeated military operations against Palestinian militants in the Gaza Strip, highlighted by a devastating 2014 war, and its expansion of Jewish settlements in east Jerusalem and the occupied West Bank. If the investigation identifies suspects allegedly responsible for crimes, prosecutors can ask judges to issue international arrest warrants, which can remain under seal to help authorities apprehend those charged.

Foreign Minister Gabi Ashkenazi called it “an act of moral and legal bankruptcy” and said Israel “will take every step necessary to protect its citizens and soldiers from legal persecution”.

Bensouda said in 2019 there was a “reasonable basis” to open a war crimes probe into Israeli military actions in the Gaza Strip as well as Israeli settlement activity in the occupied West Bank.

“This long-awaited step serves Palestine’s vigorous effort to achieve justice and accountability as indispensable bases for peace,” the Palestinian Foreign Ministry said. It called for concluding the investigation quickly because “the crimes committed by the occupation’s leaders against the Palestinian people are lasting, systematic and far-reaching”.